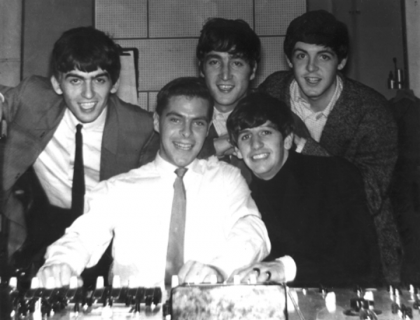 The company was formed by me, Richard Langham, after leaving EMI Records, at Abbey Road Recording Studios where I was, for many years, a recording engineer, starting way back with The Beatles, working with them on their first recordings and on their early L.P.'s. Also with Cliff Richard, The Shadows, Rosemary Squires, Paul McCartney, John and Yoko, Judy Garland, Marlene Dietrich, Noel Coward, Shirley Bassey, Ella Fitzgerald, Sir Malcolm Sargent, Riccardo Muti, and many others.

I set up my company in 1999 for the sole purpose of importing back into the United Kingdom, Europe and North America the Toilet version of Red Lifebuoy Carbolic Soap. Many people liked and missed the clean healthy aroma of Carbolic Soap and its antibacterial properties. There was probably a bar of Lifebuoy Soap somewhere in every house in the UK at that time. Other wonderful products I brought back to the market include the Vinolia-Titanic Luxury Cold Cream Bath Soap and Sunlight Household Soap.

Sadly our European version of the Lifebuoy Soap was delisted by Unilever in 2017, this was around 10 years after the EU decided to remove Carbolic Acid from Toilet Soap, Body Washes, Shower Gels etc.

This prompted me to launch my own Carbolic Soap, this I have now done and called it Redbuoy Carbolic Household Soap, this has the wonderful healthy clean aroma many customers associate with their mothers and grandmothers house. Our Redbuoy had to be classified as a Household soap, this way we can add Carbolic Acid to the ingredients and make it a genuine Carbolic Soap.

Around this time, after the removal of Fairy Household Soap and Fairy Toilet Soaps from the UK market many customers, retail and wholesale, approached me for a Mild Green Household Soap, I then acquired the Falcon brand name, soap moulds and ingredients. For our green credentials, this now comes in a recyclable box instead of plastic wrapping.